St Mary’s Church stands on a hill in the town. It is an active Anglican parish church in the deanery of Ellesmere, the archdeaconry of Salop, and the diocese of Lichfield.

St Mary’s is constructed in sandstone with slate roofs. It has a cruciform plan, with a five bay nave, north and south aisles, north and south transepts, a chancel with north and south chapels, and a tower at the crossing. The tower is in two stages, with pairs of two-light Perpendicular bell openings. Above these are a quatrefoil frieze, gargoyles, a battlemented parapet, and eight pinnacles. The transepts were originally in Early English style, and the north doorway of the north transept is still in that style. The north chancel chapel is in Perpendicular style.

In the churchyard is a sundial dated 1726. It consists of a stone vase-shaped baluster standing on a two-tier base, which carries a stone basin with a bronze dial. The sundial is listed at Grade II. Also in the churchyard is the parish war memorial (unveiled 1920), an 18-feet high cross of Runcorn stone surmounted by a lantern-head depicting the Crucifixion, St John, St Mary, and St George and the dragon, said to be an adaptation of the l5th-century cross at Dorchester-on-Thames. Metal plates around its base list 68 men from World War I and 10 from World War II. 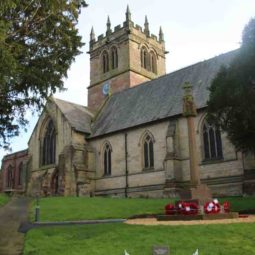 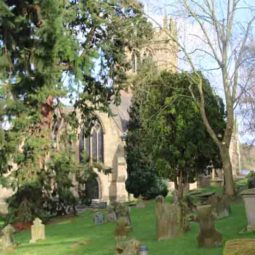 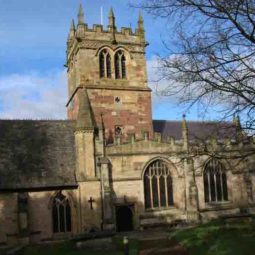 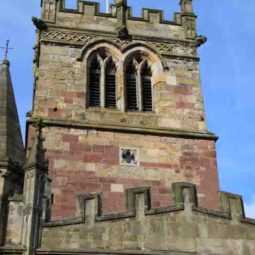 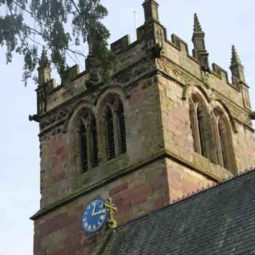 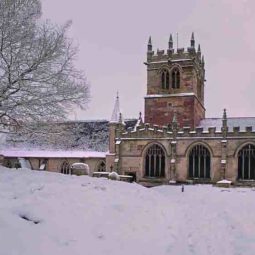 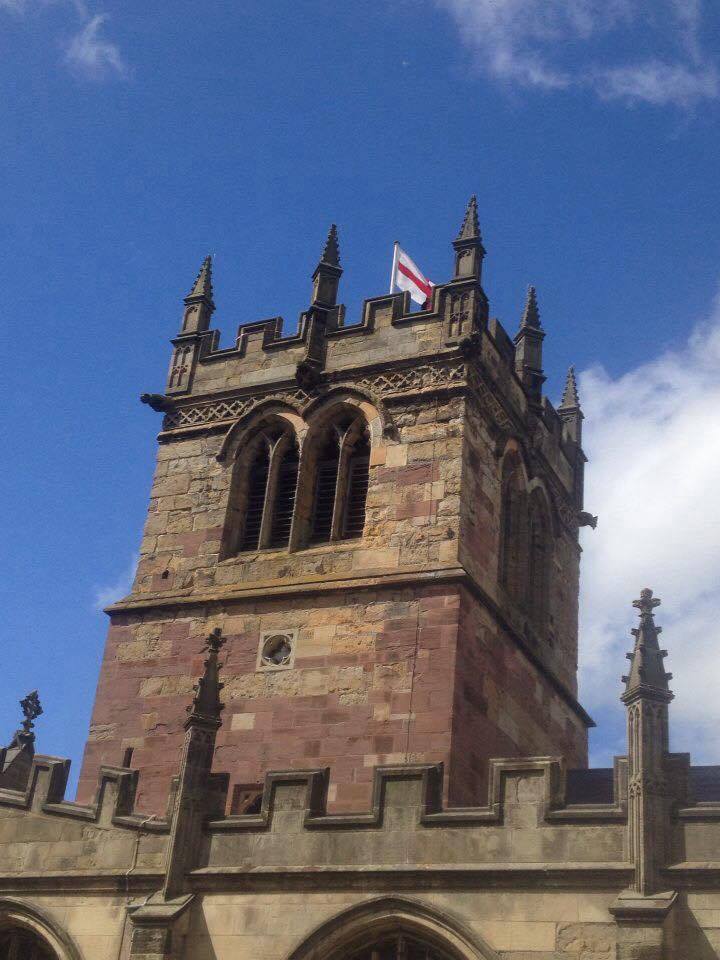 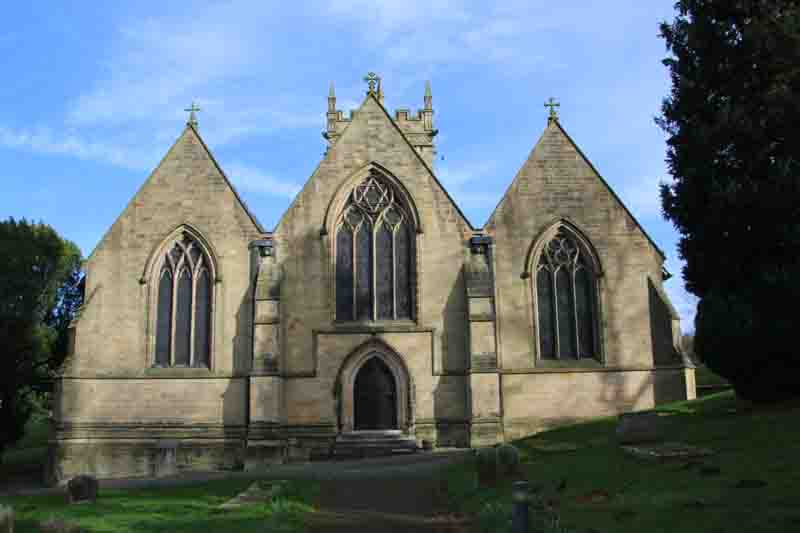 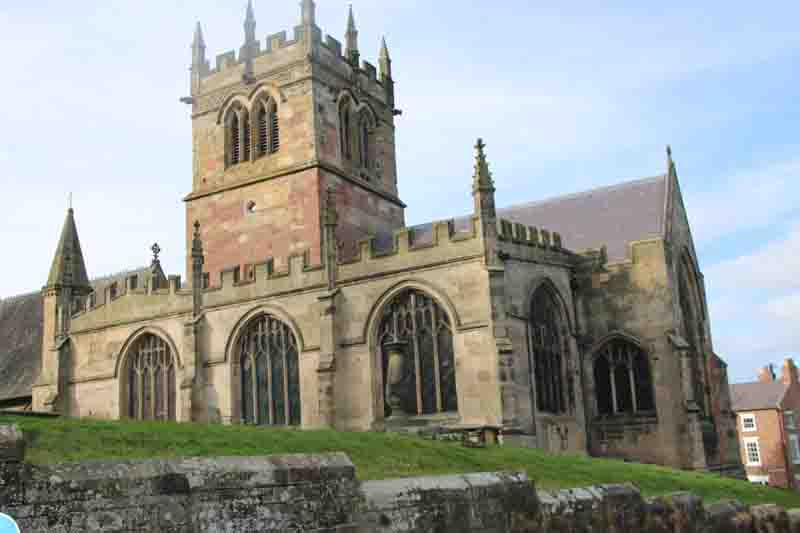