Prior to the beginning of the nineteenth century, the present centre would have been a marshy area not much built on. The Old Town Hall was given to Ellesmere in the early 1830’s by the Countess of Bridgewater, and is reputed to be built on piles driven thirty feet into peat of the former mere bed.

The ground floor was originally open and housed the town’s general market, later moved up Scotland Street to the Victorian Market Hall. The Town Hall has a fine assembly room on the first floor during its life, it has housed the Mechanics Institute, the Town Museum, and the cinema, also it was the Reading Room around the 19320’s.

A Cinema was open at The Town Hall around about 1931 co-existing with the Lending Library. At first silent films were shown and occasionally a travelling repertory company would hire the hall for a week so giving the townspeople a chance to see live theatre.

In the early 1930s the Town Hall Cinema was run by cousins Tom Jarvis and Sanm Goodwin.

Picturegoing was probably at its most popular during the 1940s when queues for admission extended for quite a distance up Scotland Street.

In The 1920’s and for some years previous, the ground floor was used a Reading Room and Museum, provided by Lord Brownlow for the benefit of the people of Ellesmere. A small subscription was made payable to become a member. The far end of the room housed a Museum. It contained the ancient canoe some Roman coins, various tools of stone and iron.

It was abandoned by local government in the reorganisation of 1966. It is now an Estate Agents. 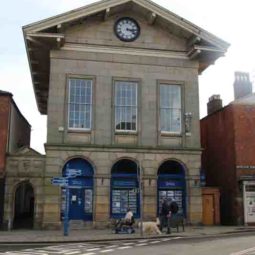 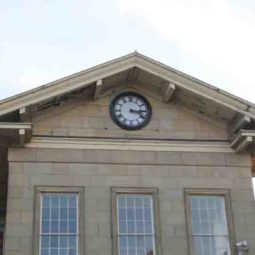 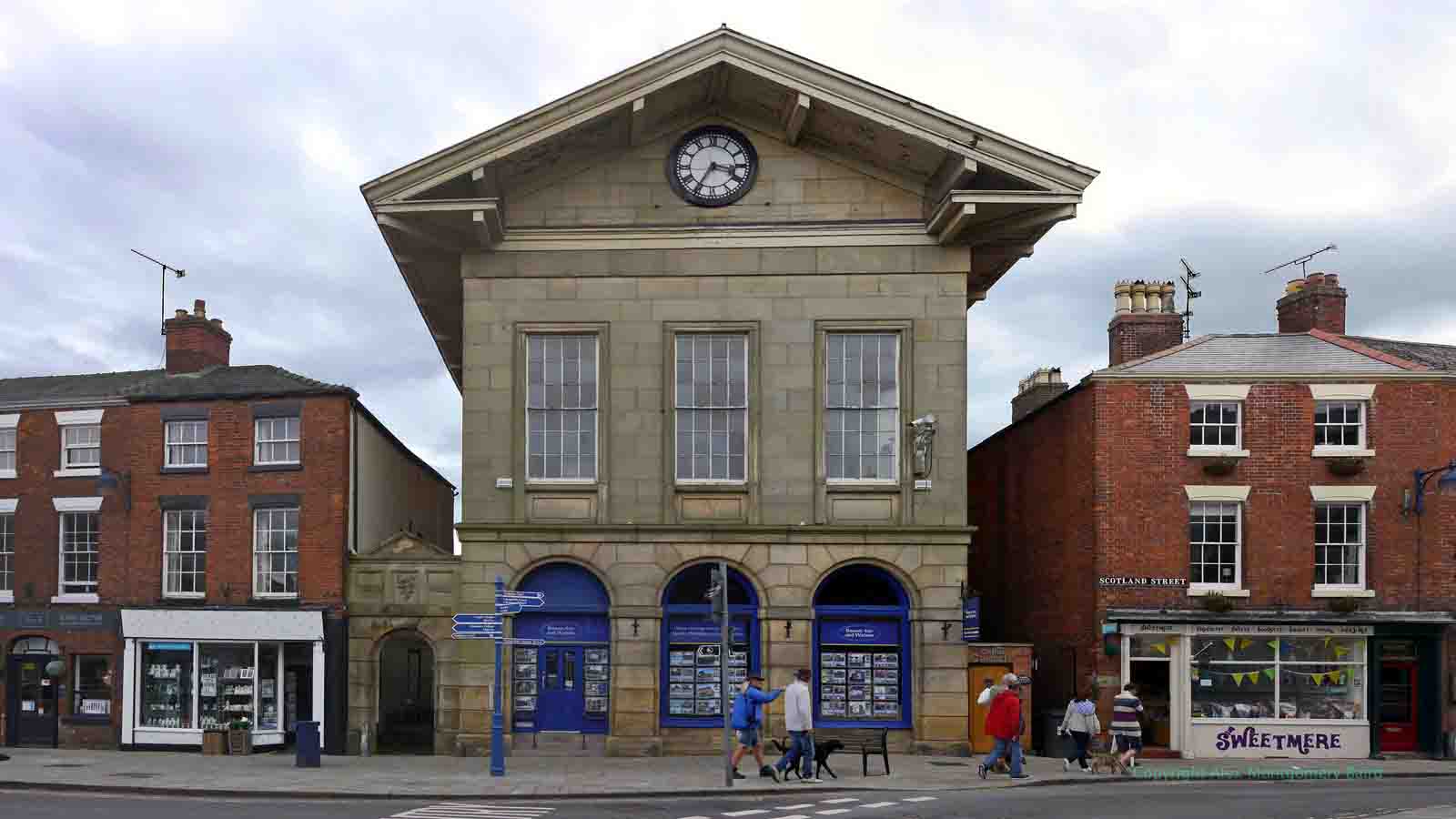 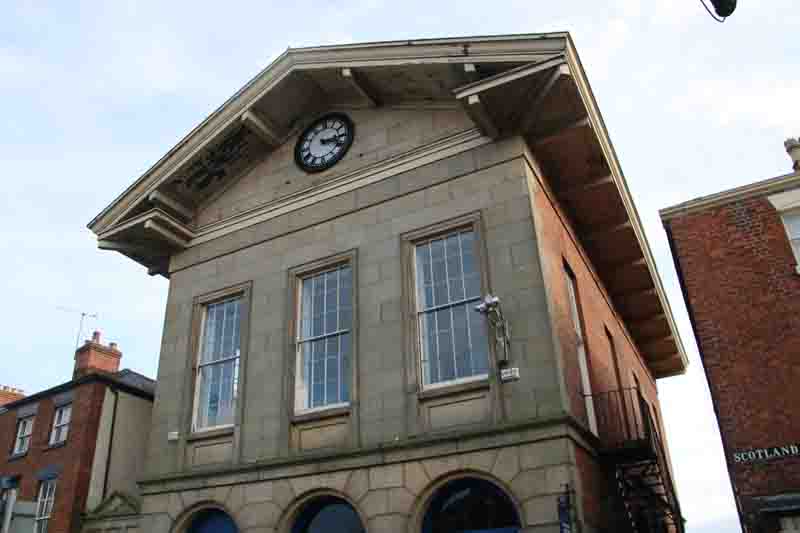